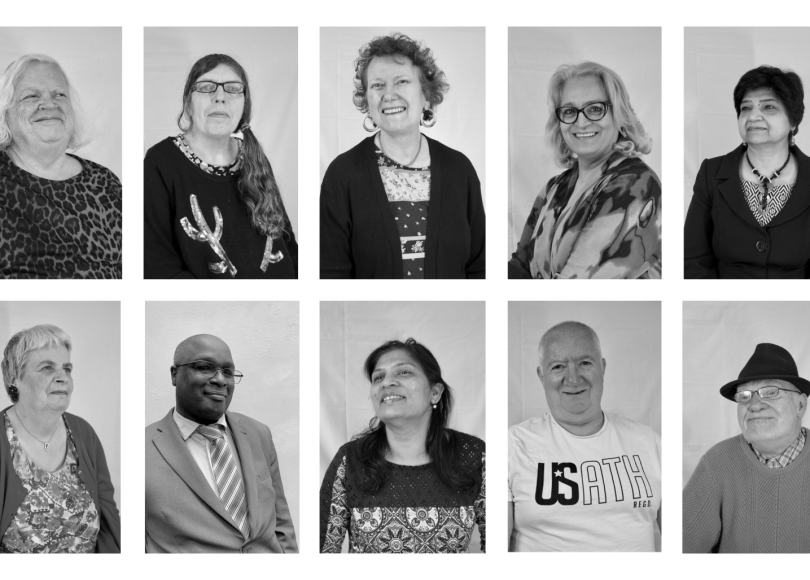 One Tuesday afternoon towards the end of January, I arrived at Attenborough arts centre in Leicester for the first of 10 creative writing workshops. The commission was part of The Elder Tree programme, conceived and managed by Writing East Midlands with various partners—in this project, the arts and health team of Leicestershire NHS Trust. I’d met several community groups in the previous couple of weeks, to invite people to take part, but I had no idea who might come. Nor did I know what we might create over the few weeks we had.

For the workshops themselves, I thought we’d start taking Joe Brainard’s 1970 book, I Remember, as a starting point for talking, getting to know one another and doing some writing. Brainard’s book consists of about 1500 statements, each beginning with the words ‘I Remember’. Some are a few words long, some a few lines. Together, they build an evocative portrait of time, place and character. Six people turned up for the first workshop. We talked about school, sharing memories freely and then writing, to shape words into something more artful, and reading the results. And two hours had passed.

Over the next few weeks, the group grew, but its numbers fluctuated. One day we had 15 people, but usually there were eight or ten of us. I never knew who would be there though. Some people came to every session, though they might be half an hour late. For others, illness and personal circumstances intervened. Nobody minded; we just worked on. There were people from different faiths and ethnic backgrounds, people with learning difficulties and university lecturers, people who did not speak English and, on one occasion, a blind person. Again, everyone was accepted easily and new people were always welcome. Indeed, a certain pride in the group’s diversity emerged, becoming a subtle theme of the texts that, week by week, accumulated in everyone’s notebooks. Sometimes, people are more interested in being heard than listening to others. In these workshops, I was struck by how attentive everyone was when anyone was reading. We enjoyed listening to other people’s memories, and discovering how much we shared though we had grown up in worlds as different as the English Midlands, the Punjab, Mombasa and Cyprus.

And with that sense of common ground, came the idea of creating a collective text, organised thematically, instead of grouping each person’s work. I suggested having an index at the back, giving page and paragraph numbers for each author, but no one wanted that. They liked the idea of a text that was truly by and of every person who’d contributed, and that only the people who had composed it would know who had written what.

So that is what we have. Of the 15,000 words people wrote, I edited about 10,000 into a small book. It includes portraits of the authors (though not everyone was present on the day we made the photos) and short biographies (again, not everyone was there on the day we wrote them). The book—I Remember: Leicester—was presented on Monday, with a reading at AfterWORD, a monthly spoken word event at the Attenborough Centre. Two of the group had brought family members, and so we had three extra readers. It seemed completely natural that they should be included in this way. We’d had a chance to rehearse, and everyone read beautifully, for about 25 minutes. The audience was captivated by the voices and their stories.  The repetition of the words ‘I Remember’ created a quietly hypnotic atmosphere, occasionally broken by some of the funnier memories.  It was the most generous reception we could have wished for.