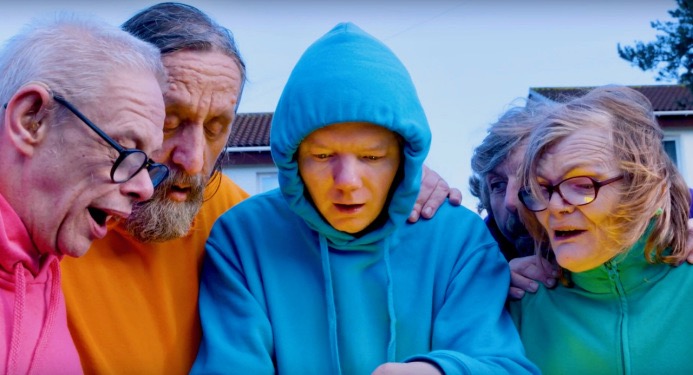 In 2010, I gave a speech in Launceston, Tasmania, for Regional Arts Australia, in which I explained why, for me, culture is the parliament of dreams that all societies need – the space in which people can negotiate their values. Here is the key passage, and you can download the whole text from this link.

What is the place of culture in a democratic society and how can elected representatives decide whether and in what ways to encourage—or perhaps restrict—the production and consumption of art? Whatever else it is or does, in a democratic society, art enables citizens to think about, debate and negotiate their changing values. It is in this sense that I describe art as the parliament of dreams. Parliament, from the French ‘parler’, to speak, is the symbolic and actual heart of a democracy (though of course the structures and processes of democracy extend in many other ways through civil society), the space within which a people’s elected representatives gather to discuss and decide fundamental principles, which are enacted as laws, and short term actions, set out as policies. In this politico-legislative forum, the reduction if not the elimination of ambiguity is a central value. Agreement is sought on the basis of a clear and shared understanding of the matters under consideration: confusion is anathema to this formal process, though it inevitably arises.

But human beings are not simply rational beings who express themselves in words, and act following a conscious assessment of ideas. Reason is an essential governor of human conduct, but it would be unreasonable to believe that it is all or even enough. People act also as a result of their conscious and unconscious feelings, beliefs, and values, their past experiences and not least their physical being. All that is expressed and reacted to, contested and celebrated, in the vast, fluid conversation that is a society’s artistic life, its alternative parliament, where everything that can, and much that cannot or dare not, be said finds an outlet and, perhaps, an audience. Sometimes the connection between this cultural arena and parliament itself is close: one might argue that the sympathetic treatment of homosexuality in theatre, literature and art sometimes showed society to be in advance of its own legislatures and that the articulation of those values contributed to persuading parliamentarians of the need for more liberal positions towards gay rights. But the connections between debates about values in the arts and the formal processes of democratic governance are generally more complex and harder to identify. Crucially, though, there is interplay between these two forums—the governmental and the artistic—and no one is in control, or even fully aware of, the continual negotiation of meanings and values taking place. Political leaders and activists meet in Copenhagen to debate action on climate change but for millions of others these questions exist imaginatively through works such as Cormack McCarthy’s The Road, Roland Emmerich’s, The Day After Tomorrow or perhaps even Planet of the Apes.

So, if the vast complex and uncontrollable discourse of a nation’s and the world’s artistic life is an essential part of how humans individually and collective- ly shape their beliefs, separate from but interacting with the formal processes by which societies are governed, it follows that being able to take part in that discourse is as important, to a citizen in a democracy, as being able to take part in electoral processes. And full participation in that artistic discourse—the parliament of dreams—is not only a matter of receiving the artistic work of others, but also of creating one’s own, of having the freedom not just to listen but also to speak.