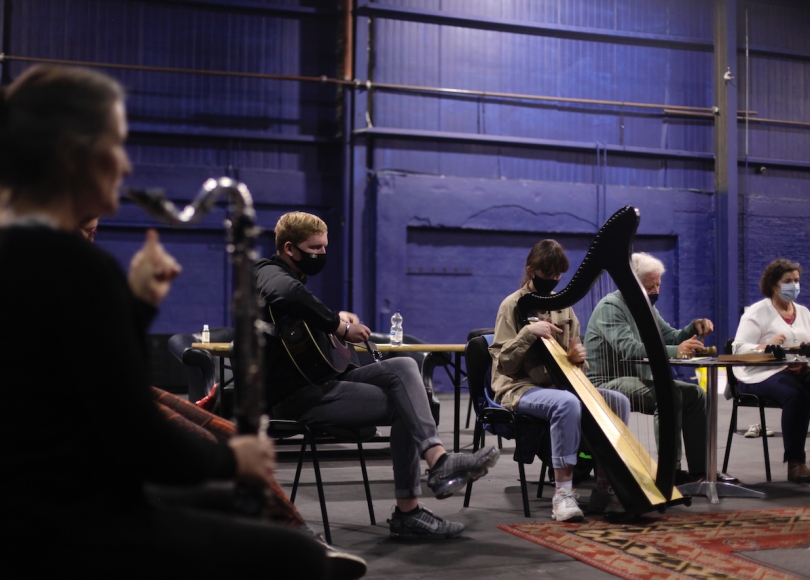 “The vision of this Strategy, therefore, is of a country in which the creativity of everyone living here is celebrated and supported.”

Does this vision seem extraordinary to you? If not, that is a measure of how much the art world has changed in the past half century. To a community artist of my generation, who remembers the contempt our work and ideas once met in Britain’s arts institutions, it is not just extraordinary to read these words in Arts Council England’s 10-year strategy, it raises some important questions.

A couple of years ago, I published a book about community and participatory art to which I gave the slightly cheeky subtitle, ‘How participation won, and why it matters.’ It has been a struggle to persuade the art world institutions that theirs were not the only values that mattered, and that the right to participate in cultural life meant more than simply the right to admire what others have created.

Community art worked not for the democratisation of culture – better access and education – but cultural democracy, a society in which each person could express their ideas, values and culture on their own terms. It was a battle about standards, what they should be and, more importantly, who set them.

If community artists have won that battle, as ACE’s new strategy seems to imply, it is because of huge economic, cultural and social changes since the 1970s. Still, their part has been important in developing effective co-creation practices and in proving, time after time, many people’s desire to participate in making art.

A false promise of equality

When museums and galleries, theatres and orchestras, festivals and cities of culture, invite people to participate in their work, they are using methods and ideas developed by community artists over decades. It’s not clear, however, that they always understand the emancipatory purpose of those methods and ideas, nor the extent of their challenge to existing structures of power.

I fear that the practices of cultural democracy are often now being used to serve the ends of cultural democratisation—reinforcing of cultural and social hierarchies behind a false promise of equality. I don’t mean to suggest that this is necessarily intentional. Rather it is the result of not recognising or not fulfilling the consequences of one’s statements, such as this, also from the Arts Council’s strategy:

“We do not believe that certain types or scales of creative activity are inherently better or of greater value than others: excellence can be found in village halls and concert halls, and in both the process of participation and the work that is produced.”

Now it happens that I agree wholeheartedly with this position; that belief has shaped my professional life. But how can it be reconciled with a funding system that prioritises and supports financially a particular range of art forms, expressions and producers? If excellence may be found across the spectrum of music, why is it only classical music that is regularly financed by public funds?

There are arguments about why classical music might need public funding, but they are not those that ACE has made central to Let’s Create. You cannot argue that excellence can be found anywhere and be created by anyone and, at the same time, uphold a system of unchanging cultural authority and privileges, whose universal standards are claimed to transform other people’s lives.

Who is an artist?

This tension has long turned on the question of who is an artist. The art world consistently avoids describing people it invites to participate in co-creation as artists. Instead, they are ‘participants’, ‘community members’, even ‘ordinary people’, unless they are classed according to some social policy category such as ‘people with mental health problems’ or ‘young people at risk of offending’.

They may, of course, be any of those things, but the one thing they indubitably are, when they participate in co-creation, is artists, just as the tens of thousands who participate in the London Marathon are runners. Some will complete the course in under three hours, others will take all day. Not all runners are equal, but they are equally runners.

That is why I define participatory art as the creation of art by professional and nonprofessional artists. There are important differences between these two ways of being an artist (they are explained here) but they are united by the act of creation. The only way of recognising excellence wherever it may be, and of supporting the creativity of everyone, is to stop making a distinction between artists and ‘ordinary people’.

The five capabilities required to participate in cultural life

The differences that matter are to do with the meanings and purposes of individual artworks in context, and they will always be the subject of disagreement: that is why we need cultural democracy, not democratisation of an existing culture. As a writer of the 2020 Rome Charter, I set out five capabilities that I believe everyone should have in order to enjoy their right to participate in the cultural life of the community, as set out in Article 27 of the Universal Declaration of Human Rights.

They are the capability to discover, enjoy, create, share and protect culture. The Charter does not specify what culture is, any more than does Article 27. It trusts people to know what they mean by the words that they use. What matters is people’s capacity to participate in cultural life on their own terms, and that can only happen if the institutions charged with the task of extending that capacity see and treat everyone truly as equals.

Let’s Create is a huge step forward but it cannot resolve the legitimate disagreements about the meaning of art, culture, excellence, celebration or support. These ideas sit at the heart of our identities and values and we need democratic ways of managing our differences. Good intentions are not enough. We need clear thinking and honest commitments if our hopes for better things are to be realised.