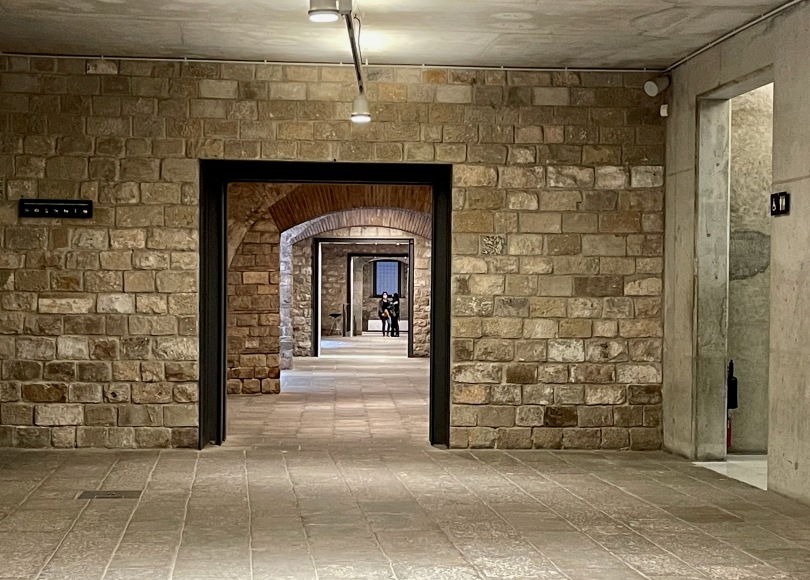 Like most people with a mixed heritage, I expect, I’ve had to think a good deal about identity—my own and the idea itself. My grandparents were born in different countries (Britain, France, the Ottoman Empire and the United States) and lived for much of their lives in other ones. They were brought up in three faiths and lived through two world wars. I grew up in England, in a French-speaking family. At school, it was made clear to me that I was foreign; I did not belong. As an adolescent and an adult, I was sometimes asked which nationality or language I would keep, if I had to give one up. (It was probably curiosity, but it could feel like a loyalty test.) The obvious reply was English, my working space, but the real answer was French, my mother tongue (though not my mother’s). It was a felt not a reasoned choice, partly about the different roles of my languages: the first associated with home, family and holidays, the other with school, where I was often unhappy. But underlying it was a sense that I was accepted in one culture and not in the other. I was in my thirties before I understood that no one in France thought me French: a mostly English education made that impossible. But the realisation made me appreciate still more the acceptance I felt here.

When I was 15, Britain joined the European Community, and the practical barriers of my dual nationality gradually fell away. I think my (French) passport was last stamped with the words ‘Given leave to enter the United Kingdom for an indefinite period’ in the late 1970s. As the union of European states became larger and closer, such legal ‘barnacles’ were sanded away (to borrow the present Prime Minister’s silly metaphor). The idea of having to choose between nationalities, languages or identities faded, though the air of not belonging lingered. And then, in June 2016, the UK voted to leave the European Union.

The vote itself did not surprise me. As I’ve just said, I’ve always understood that EU membership can be a matter of identity, for and against—and that was weaponised by an unholy alliance of those who cared and those who used the belief for private advantage. But what followed did surprise me. I remember telling friends dismayed by the outcome that I expected the UK to leave, but follow Norway’s example into a complicated but reasonable (and friendly) partnership with its neighbours. I had misjudged the project’s revolutionary logic. After 2016, Brexiters radicalised one another, raising the stakes and proving their ideological purity by rejecting a succession of positions they had advanced as sensible just months before. The UK raced and tumbled down the staircase of alternative relationships options offered by the EU, before leaving on 1 January 2021 with fewer agreements than San Marino or Turkey. And I have been surprised too by how much difference that has made to how I feel about myself.

This is not about economics, or even politics: it’s about identity. I recently saw that the Portuguese Presidency of the EU Council has organised a conference on Culture, Cohesion and Social Impact, to be held on 5 and 6 May 2021. I want to part of a community that cares about such questions (as well as economic, social and cultural rights, cooperation in science and technology and the death penalty, which are all being discussed next week). The absence of the UK from these meetings is beyond depressing.

Some will say that the EU is better at organising high-minded conferences than living up to its own human rights principles, and they would not be wrong. But which state, corporation or public body on earth lives up to its ideals? Which of us, for that matter, always acts in accordance with our own principles? Hypocrisy is a very human failing. If the flaws of political institutions were reason enough to tear them down, the world would be in permanent revolution. The EU is not ideal or even, sometimes, very good. But it is far, far better to have a body working for principled cooperation between neighbouring states, large and small, than to leave international relations to strength and chance.

Britain has been my home. I love its peoples, its cultures, its places, its traditions and its values (at their best). I love its plurivocal diversities and old principle of tolerance. I love its (principal) language, its literature and landscapes, the buildings, the beer and the cheese. I love the welfare state, the NHS and the BBC, battered by 40 years of aggression, but still recognisable public goods. I am British, legally and culturally—but never exclusively. Britain has been my home, but I’ve never felt entirely at home. For those who see patriotism as a zero-sum game, a capacious sense of identity is disloyal. After the 1970s, as Britain became culturally closer to continental Europe. I was comfortable in my European identity, British, French and other parts too, but Brexit has destroyed that settlement. It has recreated many administrative difficulties (including restricting travel to the UK during the pandemic).

I’m now confronted with a choice I have not had to think about for decades. It has serious practical consequences, but it will be settled by what I feel. If I have to choose, it is a matter of identity.