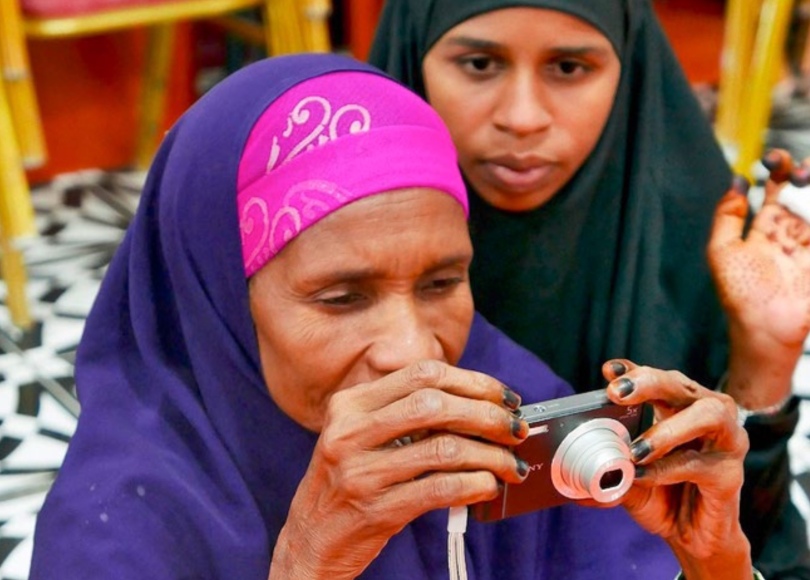 For the past 18 month or so, I have been working with the Swiss Agency for Development and Cooperation (SDC) on a series of short papers on aspects of culture and development. Switzerland is a wealthy country and an important donor of development assistance (the OECD ranks it eighth in terms of the proportion of gross national income used in this way). It is also notable for assigning one per cent of its development funding to cultural programmes. Since that development budget was $3.1 billion in 2019, it will be evident that SDC funds a lot of work in the field of culture and development.

Over the years, I’ve seen a lot of these projects at first hand, especially in Eastern Europe and Central Asia, and I have been consistently impressed by the artistic work, the people involved and the processes by which it is supported. Most importantly, I’ve seen the transformative effects access to culture can have on people’s lives. Researching these reflection papers gave me further opportunities to hear about their experience from people working for SDC in Bolivia, Nicaragua, Tanzania, Somalia, Bangladesh, Palestine and elsewhere. Distilling the richness and complexity of this work into two sides of A4 was a challenge: it would take the space of a large book to do justice to them. Still, there is value in concision, and many of those projects appear in the papers, which explore a series of themes defined by SDC:

All these papers, which are intended to be read independently, have now been gathered together into a booklet published by SDC, in French, Spanish, German and Italian, as well as English. All are available for download from this site or from SDC itself. As my work was being completed, the world began to endure the Covid-19 pandemic. The final paper, written as an introduction to the series and reproduced below, is shadowed by questions about what impact this might have on the poorest people in the world and their hopes of improving their life chances, now and in years to come.

In 19th century Europe, the idea of universal education was controversial, with many in the governing class arguing that it was unnecessary and would merely give working class children ideas above their station in life. Today, with primary school enrolment across the world standing at 91%, such attitudes seem absurd, offensive even.[1]  Now a comparable change is under way in how culture is valued, and who participates in its creation. Long regarded as a privilege or a luxury – an idea that is itself cultural – culture is emerging as a powerful resource for social and economic progress. Why is that happening? And what do we mean by culture anyway?

Humans need meaning. Our consciousness compels us to seek answers to the mysteries of life, to understand and explain our own existence. From their earliest steps on earth, human beings made images, rituals, stories and performances, in an effort to make sense of an unpredictable environment, to comfort and console, to create community, and to mark moments of joy and fulfilment. That need produced many complex languages of symbolism through which could be defined morality, status, place, time and many other boundaries that govern human lives. In most climates, humans need to cover their bodies: that is survival. But the codes that govern who may or must wear which clothes, when and where – that is culture.

Most of our culture, most of the time, we take for granted. We put on the same clothes each morning, our minds on other things. Only when something interrupts the daily routine – a job interview or a social invitation – are we obliged to rethink how we dress and what signals that might give to others. This understanding of culture is often described as ‘anthropological’, an accurate term in itself, but one that can suggest the dangerous idea that culture is something that affects only others. The period of European colonisation depended on that belief, embodied in the distinction between art and ethnographic museums. Europeans saw their culture (it would be better to speak of cultures, but here, it is the common ground that matters) as normal, the summit and universal standard from which the cultures of other peoples deviated. Any value ascribed to those cultures was related to how closely they could be thought to approach the standards set by Europeans for their own culture. Colonial empires, so proud of their own civilisation, used that difference explicitly to justify domination.[2] There was a time – and perhaps it is not entirely past – when development made similar assumptions, even if unconsciously. Its aim was to get other countries to meet standards thought to be normal and universal.

Experience, theory and research have revealed the dangers of such thinking. Culture was initially seen as a potential barrier to the success of a development programme, and many failures were interpreted in that light. Today it is understood more positively as a resource, and local knowledge and traditions are treated with more respect than they once were. Culture, it transpires, can be an immense asset to development, empowering people to tackle their own needs in their own way. Indeed, it could be said that this has been the role of culture throughout history.

And what of art? One of the things that makes discussion of culture in development tricky is the slippery elision between culture and art. The two words encompass vast, complex ideas and are rarely used by two people to mean the same thing. The problems began with the invention of the Fine Arts during the European Enlightenment, as philosophers such as Immanuel Kant sought to define a non-religious system of values. Those new ideas energised European art, making it the creative force it is today, but at the cost of establishing a hierarchy that reduced most forms of artistic expression to a lesser rank. In this world, classical music is considered art and worthy of public subsidy while pop, folk and world music are classed as culture, entertainment or, in a telling phrase, ‘sub-cultures’.

In the context of development, such distinctions – to use Pierre Bourdieu’s famous term [3] – are especially damaging. They risk perpetuating colonial prejudices, and missing what it is that makes culture a vital force in development. Rather than seeing culture as intrinsically good, in a hierarchy with European Fine Art as the summit, we could see it, like science, as a power – a set of skills and resources that enable people to understand their experience, imagine alternatives, find common ground and motivate others for change. Like all power, culture can be used for good or bad purposes (recognising that those terms are themselves shaped by culture). The goal of Switzerland’s development policy must be to use that power in the service of its core democratic and constitutional values of common welfare, sustainable development, cohesion and cultural diversity.

Art – the self-conscious, self-critical practice of culture to create new meanings in a public or democratic space – has a key place in that process, alongside but distinct from the wider field of culture. It is the research and development branch of culture, the workshop in which new ideas, desires and narratives are forged, the forum in which human diversity can interact peacefully and creatively. Art’s products – an evolving group that includes music, stories, performance and images, often in combination – fuel the modern economy because they make meaning. Speaking to the imagination, they help us understand ourselves and others, and shape how we see the world. In an increasingly globalised world, where artistic and cultural products cross borders as fast as money, who produces culture and who receives it has gained international importance. The global South is disadvantaged in many ways, but not in cultural resources. The development of its capacity for cultural, artistic and creative production and distribution is vital to its ability to resist domination and achieve more equitable relations with the world’s rich nations.

This series of reflections on the place of culture in development was begun in the summer of 2019. It is completed with most of the world confined to the home – at least where people have one – in the face of the COVID–19 pandemic. That, as many people have said, changes everything. Whatever world will emerge from this catastrophic health crisis, it will be one traumatised by grief and fear. It will be poorer and preoccupied by the effort of recovery and reconstruction. It might seem, after all, that this is not a time to talk about culture. Nothing could be further from the truth.

The pandemic was created by culture, from the sale of wildlife in Chinese food markets to the frequency of international travel for business and pleasure. It was experienced culturally, as people lost the pleasures of café and football match, but turned to books and films, internet conversations and singing to each other from their balconies. And the recovery will equally be defined by culture – by the science applied to understanding and overcoming the disease, by the stories that help people make sense of their experience, by the imagined futures that frighten them or give them hope.

The pandemic has been narrated largely from the perspective of the wealthy countries of the global North, where every policy measure is scrutinised and mapped against the progression of the disease. The death toll in India, where millions have neither a home in which to shelter nor the ability to secure food beyond their daily needs, may only be known through statistical analyses. There is a grave danger that the recent improvements in quality of life in the global South will be arrested or even reversed by this pandemic, and that the voices of the world’s most vulnerable people will not be heard in debate about what happened or what could happen next. Culture cannot be a solution to these immense problems, but it is a territory where solutions can be found, where trauma can be acknowledged and healed, and where new ways of living will be imagined.

The texts in this booklet are intended as short introductions to some of the themes, policies and practices that currently link culture with development, rooted in the Swiss Agency for Development and Cooperation’s long experience in this field. Such a brief text, with its focus on the work of people concerned with development but not expert in culture, has unavoidable limitations. References have been kept to a minimum because there is a wealth of online materials, not least SDC’s own Culture Matters website. Above all, there are experts in the Global Cooperation Department to offer information and guidance, and people working in culture and development throughout the Swiss diplomatic service. All will be more than happy to talk about how and why Switzerland achieves its development goals by placing art and culture at the centre of its work.