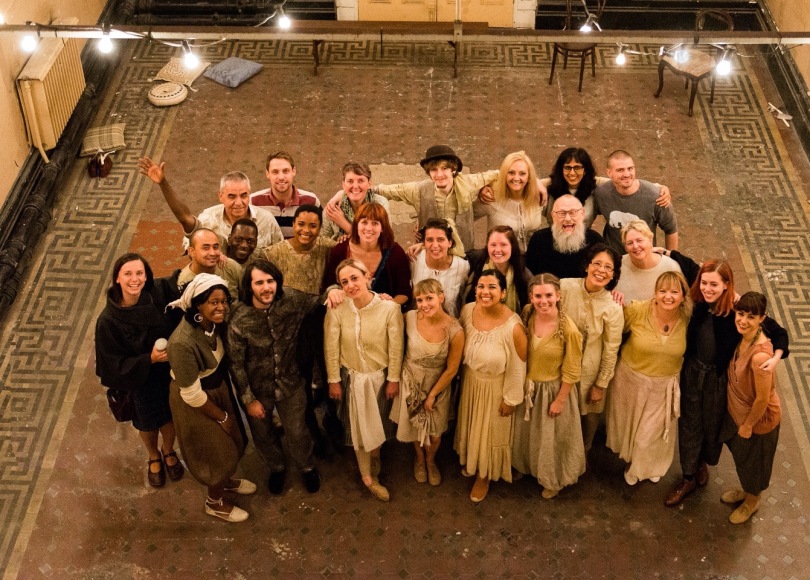 The Covid-19 pandemic is very far from over. Indeed, despite the optimistic declarations of some politicians, no one knows where we are in relation to a disease we’re still learning about. But two or three months of lockdown have put an immense strain on everyone, and brought our economies to a juddering halt. That is having a terrible effect on people’s lives, as jobs are lost and businesses close. Millions are now fearful of losing what little security they have. So governments are right to look for ways of reviving economic life and getting us back to work. There is animated debate about how to do that, but much less about what world we want, when we’re finally allowed to leave our homes. In this, as so often, the small world of culture is a microcosm of wider society.

Yesterday, the Secretary of State for Culture announced the creation of a Cultural Renewal Taskforce under his chairmanship, a step that deserves credit. I’ve thought from the start that the scale of this crisis meant it could only be mitigated by government working with all parts of society. The Taskforce’s membership, and its stated focus on recreation, leisure, entertainment and events, reflect the government’s economic priorities. They are real and legitimate. The written evidence of cultural organisations to the Parliamentary DCMS Select Committee shows the urgency of the sector’s financial needs. For many, it’s not about reopening but avoiding insolvency. The problem is not the Cultural Renewal Taskforce’s economic focus as such, but we need a much broader, more imaginative and better informed vision. The present remit speaks of a wish to get back to normal that fails to see that that is neither possible, nor what many people want.

After the initial shock, people are beginning to ask what could happen once the pandemic is, even partially, contained. There seem to be three contrasting visions for the future, not just in the UK, but in many countries. They’re not complicated ideas:

This is a simplification, but that doesn’t make it inaccurate as a sketch of the dividing lines that will define politics in future. No one can say how it will be settled, but I don’t think ‘Back to Normal’ will survive very long for two reasons.

First, because that door is closed – by the need to maintain physical distancing, the psychosocial effects of the lockdown, and the scale of public and private debt we must now manage.

Secondly, ‘Back to Normal’ is the aspiration of those who were satisfied with what normal was. But, as the divisions temporarily suspended by the pandemic showed, not enough of us were. In the cultural sector, back to normal means reopening cultural institutions that absorb most of the resources and status, but reach perhaps 10% of the population. Even if that satisfies the members of the Cultural Renewal Taskforce (and I really hope it won’t), there are very many, including those whose connection with art and culture has already been renewed during lockdown, who will reject it. Reopening is not renewal. It is unwise to promise what you do not intend to deliver.

The use of wartime metaphors by politicians and commentators to describe the pandemic has been rightly criticised. But there is one way in which it is a helpful parallel. Allied victory in Second World War – ‘their finest hour‘ is the only reference used in these metaphors – required the mobilisation of a whole society (including its artists) towards a common goal. People tolerated it because they recognised an existential threat to themselves and all they valued. Such moments are thankfully rare and leaders who invoke them must recognise the resultant obligations. Britain could mobilise in this way only because it established a national government, in which different voices could be heard. It was one of that government’s greatest achievements to have turned its mind, in the depth of the country’s struggle for existence, to the world after. Drafted in less than 18 months, The Beveridge Report proposed a plan to defeat ‘the five giants of Want, Disease, Ignorance, Squalor and Idleness on the road to reconstruction‘. The Labour government elected after victory in 1945, used that plan to put in place the Welfare State and the National Health Service that is saving our lives today.

We need a Cultural Renewal Taskforce. We need it to have the vision and imagination of the civil servants who drafted the Beveridge Report and made Britain a far better place to live after the war than it had been before. Back to normal is not on the menu.

The image at the top of this post is from a production by Restoke, featured in my book, A Restless Art, from which the extract below is taken. I love this photo, taken by Jenny Harper, because it captures the spirit of the cultural communities that exist today all over Britain, Europe and the world – empowered, confident and doing a great deal with not much.

Restoke make site­-specific performances in which professional and non­profes­sional ar􏰀tists play an equal part. You Are Here (2016) shared the experiences of people who have come to live in Stoke­on­Trent, by choice or necessity. Co­created through exploratory conversa􏰀ons, workshops and rehearsals, it honoured each person’s culture and past, whilst also affirming their choice to be a full, free and equal ci􏰀zen of the country they now call home. For the audience, it was both educa􏰀onal and moving, as one person explained a􏰂erwards: ‘There is knowing a thing and there is understanding. Beyond understanding, there is a deeper, more profound connec􏰀on. Thank you for showing me your stories. I understand now.’ The piece was performed in the former Wedgwood Ins􏰀tute, a Victorian symbol of working people’s commitment to culture and self­improvement. The loca􏰀on for Restoke’s next produc􏰀on was Goldenhill Working Men’s Club, less grand than the Ins􏰀tute, but equally important in local cultural life. Man Up (2018) is about masculinity and mental health, and like its predecessor, it was developed slowly by the diverse group of men who performed it: ‘Strangers in our own skin, our san‐ ity will not be sourced through silence.’ At a 􏰀me when so many feel unheard or disregarded by poli􏰀cs, Restoke makes art that values people and fosters mutual understanding.