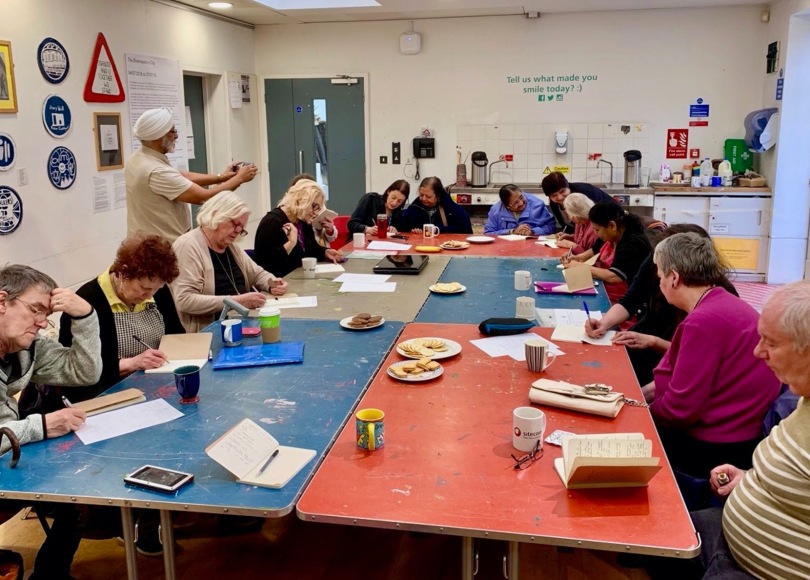 When I began working in community arts, at the beginning of the 1980s, I was taught to consider the risks of using chemicals, fireworks and sharp tools, and to do so safely. As my experience grew, I understood the more subtle and less easily-managed human risks to which people might expose themselves by taking part, and became more concerned with questions of ethics. Since then, safeguarding and risk assessment have become standard in participatory art practice. As a result people’s safety no longer depends only on one artist’s knowledge and judgement, but on concepts and processes developed through research, and governed by regulation. When I remember the naïve young person I once was, I am thankful that luck and a cautious temperament kept me out of trouble.

The British government has been much criticised for its new slogan: Stay Alert, Control the Virus, Save Lives. The focus of complaint has been on the vagueness of the instruction to ‘stay alert’, which replaced the previous injunction to ‘stay at home’. But there is a more subtle and dangerous aspect to this protection of public health by slogan: it makes everyone responsible for how the pandemic is managed. On the surface, that’s fair enough. We all have a part to play, as people recognised when they upturned their lives to stay at home. How we behave individually will influence whether we become infected and, more importantly, how many other people catch the disease through us. Simple gestures – washing hands, wearing face masks, observing physical distance – can be the difference between life and death.

Libertarians chafe in frustration at having their rights curtailed, arguing that it is their choice whether they risk catching the disease. Indeed it is, but they are not free wantonly to spread the infection to others. Individual liberty must always be defended but it is dishonest to pretend that it does not itself depend on the collective. Otherwise, there is only force. Democratic politics seeks a balance between these connected rights, and nothing reinforces our interdependence like a pandemic.

Forty years ago, it was wrong to put other people’s safety in the hands of a young community artist with no training in risk management. The legal obligations within which I now work can be frustratingly bureaucratic (and they could be better) but I respect them as an expression of the responsibilities of interdependence. The British government seems not to value this. In saying that anyone who cannot work from home – principally the manual workers on whom everyone else depends – should be ‘actively encouraged’ to return to work, without first taking the measures to ensure that it is safe to do so, makes each person responsible not just for their own health security, but that of everyone else with whom they come into contact. Asked in parliament whether workers could stay home if they felt unsafe at work, the Prime Minister yesterday replied to the effect that he hoped employers would be reasonable. That is literally the abdication of responsibility. It is masked by spurious rules about how many people it is lawful to meet, but it prepares the ground for a narrative in which the public, not the government, will be held responsible for the outcome of this pandemic.

So how do I, as a community art worker, assess risk in this privatised territory? Let’s make it concrete. I was due to facilitate a creative writing project with older people in Boston during May and June. (The photograph at the top of this post is from a similar workshop I ran last year, and that would clearly be impossible with today’s social distancing rules.), The Boston project has naturally been cancelled, but perhaps I’ll be asked to run it in the autumn instead. I would have to assess the risk of bringing together 15 or 20 people highly vulnerable to Covid-19, as well as work out what protective measures should be in place. I am not trained in such assessments, but other people’s lives could depend on my decisions. Imagine if there was a cluster of infections among this group (as there have been recently from a single funeral in south west France). It doesn’t bear thinking about. And what applies to one small community art project applies equally to the whole art and cultural sector. Theatres, art centres, museums, festivals – each one runs the risk of being the source of a new cluster of deaths. What price safeguarding policies and risk assessments in this world?

Societies matter, especially during crises, because they allow the burden of risk and loss to be shared. During his recent illness, the Prime Minister sought to distance himself from Margaret Thatcher’s notorious views by asserting, like a schoolboy forced into an apology, that there really is such a thing as society. I’m not remotely convinced that he believes society, with its mutual responsibilities, is important: all his policies say otherwise. His government professes constantly to be ‘guided by the science’ but I have no access to such knowledge – except through the guidance issued by government. It is the state’s responsibility to convene expertise and resources, and to use them for collective benefit. It is the state’s responsibility to tell me if I can resume my work as a community artist and in what conditions that can be done without putting vulnerable people at risk. It is my responsibility to follow the guidance I am given.

But if I am left without such guidance, whose responsibility is that?