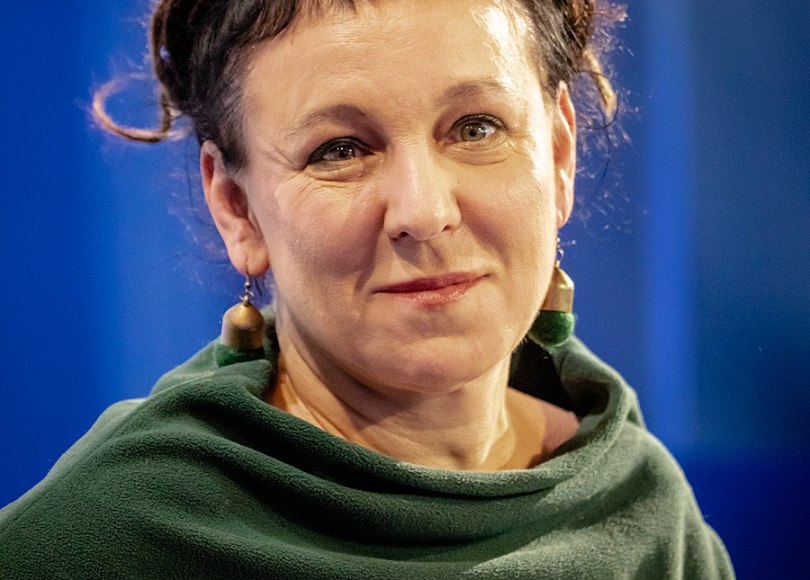 Yesterday, Olga Tokarczuk gave her Nobel Lecture at the Swedish Academy, which awarded her the 2018 Nobel Prize for Literature. Her text – delivered in Polish, but available in an English translation – is a masterpiece of synthetic thought, weaving personal memories, historical events, literature, our changing culture, political falsehood and climate change into a single, absolutely convincing story about how we have got to where we are, and how we might need to think to get somewhere better. A model of authority (in its command of knowledge and ideas) and yet of humility (from a writer who has just been awarded her profession’s highest honour) it is the most intelligent, hopeful and interesting thing I’ve read in months.

Here are a few of its many resonant phrases, that I hope will inspire you to read the full text, which can be read and downloaded here.

The world is a fabric we weave daily on the great looms of information, discussions, films, books, gossip, little anecdotes.

Literature has become a field for the exchange of experiences, an agora where everyone can tell of their own fate, or give voice to their alter ego.

Fiction has lost the readers’ trust since lying has become a dangerous weapon of mass destruction, even if it is still a primitive tool.

Everyone knows that myths never really happened but are always going on.

The world is dying, and we are failing to notice. We fail to see that the world is becoming a collection of things and incidents, a lifeless expanse in which we move around lost and lonely, tossed here and there by somebody else’s decisions, constrained by an incomprehensible fate, a sense of being the plaything of the major forces of history or chance.

Perhaps that is what the role of an artist relies on―giving a foretaste of something that could exist, andthus causing it to become imaginable. And being imagined is the first stage of existence.

I must tell stories as if the world were a living, single entity, constantly forming before our eyes, and as if we were a small and at the same time powerful part of it.