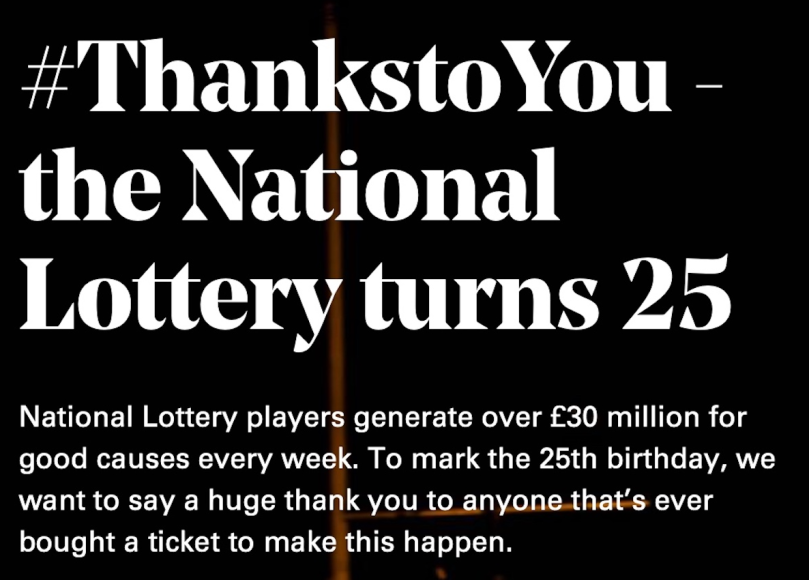 My Twitter feed glows today with pictures of cultural activities and places, as people celebrate 25 years of National Lottery funding. The stream of money that flooded into the arts after 1994 has transformed the country, not only in the many new, extended or refurbished buildings, but in extending millions of people’s access to a certain range of art, culture and heritage. Anyone who worked in the publicly-funded arts sector before the lottery will surely remember the scarcity of resources, especially at community level, where a little was made to go a very long way. Lottery funding made possible the growing importance of culture – and was also made possible by culture’s growing importance. Supply and demand were in a symbiotic relationship. The creation of the National Lottery was a political response to a political demand, even if that demand was pragmatic and half-formulated. Actually, it’s probable that neither those who advocated for better funding, nor those who found a way to provide it, appreciated how consequential the change would be.

Gambling was a convenient solution for government. It wasn’t merely cost-free: it raised billions in tax and other revenue. But the decision to create a National Lottery has brought – or at least mirrored – other changes in British culture than those being rightly celebrated today. Gambling, like culture, has become much, much easier, especially after the deregulation of the 2005 Gambling Act. When I was young, m gambling meant bingo and the football pools; otherwise, I think, it was legal only at racecourses and in betting shops. The latter were dour, intimidating places, not allowed to serve refreshments or to make punters very comfortable. I’m not even sure if betting companies were allowed to advertise. Today, gambling is mainstream, advertised everywhere (including Twitter), all the time. This summer, the NHS opened the first gambling clinic for children.

So yes, let’s celebrate the huge amount of good work enabled through National Lottery funding, and the millions of people whose lives have changed for the better as a result. But let’s also remember those whose lives have been damaged by gambling, and encourage government to offer better protections, remedies and support. Cultures change in complex ways and the results are rarely easily to foresee.