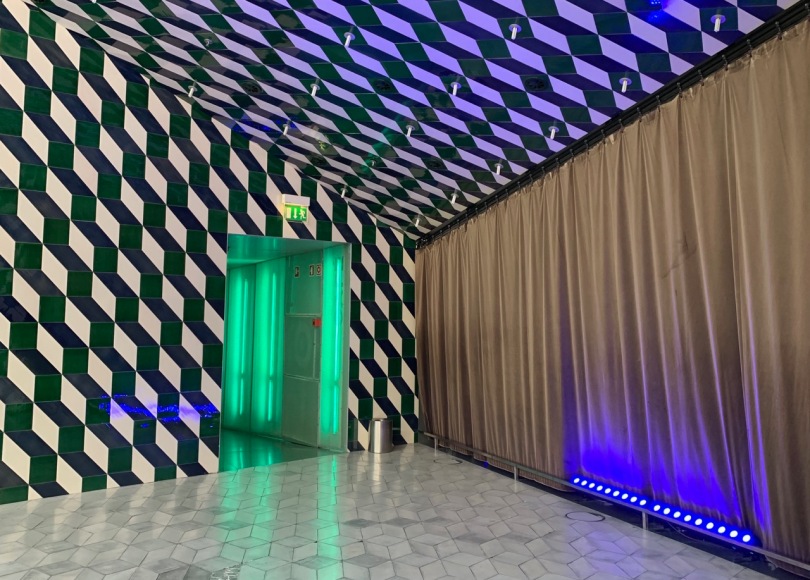 Arguments about the theory, policy and practice of public funding for the arts have been the tinnitus of my professional life. It is always there and, though I can often ignore it, it is a legitimate question for everyone who works in the field. Sometimes it demands attention. It relates to wider questions of taxation, public services and values that define the landscape of political debate. Arts funding cannot be separated from that contested field. Nor should it be separated from other aspects of public policy that affect commercial and voluntary culture, but in truth the argument is mostly conducted on the narrow terrain of what money the Arts Council receives and who gets it. In other words, at its least interesting, discussion of arts funding is little more than an argument between interested parties about how to divide a cake. As an interested party myself – one way or another, my work has depended on public and charitable funding – I have views about that, but they are not the focus of this post.

The argument has changed during my working life. In the 1980s, it was whether the taxpayer should fund the arts at all, as Thatcherite radicals hacked at the post-war welfare state. Despite the urgings of MPs like Terry Dicks – ‘When he leaves the chamber, he probably goes to vandalise a few paintings’ said fellow MP and later Minister of sport, Tony Banks – the Conservatives starved the Arts Council rather than axing it, whilst promoting the business sponsorship that now supports many national institutions (with its own controversies). In the 1990s, the Major government tried to increase arts funding at no cost to the state through the creation of a National Lottery. The arts did benefit hugely (the lottery has so far distributed about £38 billion to its ‘good causes’) but faced new questions about the morality of encouraging gambling among those who can least afford it. The Blair government increased spending on culture by keeping museums free and raising  Arts Council England’s grant-in-aid increased by 81% in real terms, from £186 million to £449 million. Since 2010, the Cameron and May governments have largely avoided extending austerity to their own arts funding while slashing grant-in-aid to local government with devastating effects on public services. Cultural funding by councils has been an incidental casualty of this policy, with libraries and museums especially hard hit.

That’s where we are today, and it’s a pretty mixed picture from any perspective. As far as they cross my horizon, current arguments focus on the geographic distribution of Arts Council funding (heavily weighted to the capital and a few major cities), and how little reaches individual artists. I have sympathy with both criticisms. After 70 years, most people still don’t live within easy reach – in any sense – of the artistic riches enabled by Arts Council funding. After 70 years, most artists still earn very little for their creative work. Changing both situations involves redistribution, and that necessarily has losers as well as winners. One criticism that can be fairly made of Arts Council England is that it has not used the increases it gained in the past 25 years to change the underlying principles or pattern of its support.

But I also think that those who want to see change pay insufficient attention to structure and process. It is really difficult to distribute money fairly and safely. If you exist to help people create the work they most believe in, do not be surprised when the number of applicants far exceeds your resources. You need a process for determining which are the most valuable proposals – and it will be contested. How do you determine value? In reality, like all political decisions, the answer is a more or less acknowledged compromise of idealism and power. However it is resolved, the people you fund will feel vindicated and see your decision as self-evidently just, while the much greater number you refuse will feel slighted and misunderstood. Believing in themselves, how can they also believe that it might be right to reject their proposals?

So much for fairness. There is also the question of administration, which no one likes or wants to pay for, even though they expect good services, The Arts Council has been required by government to reduce overheads twice in recent years, leading to restructures that waste time and resources. But a simplistic approach to administrative costs can have perverse results. One is to favour large grants, especially to well-established institutions that know how to apply and how to spend ‘correctly’. Managing a grant of £1 million may cost more than managing a grant of £10,000, but not 100 times more, especially if it goes to an organisation you have been funding for 40 years and the other is an application from an artist you don’t know. If you have to distribute half a billion pounds each year to make the case for your existing resources, it’s tempting to make one grant of £1 million rather than 100 of £10,000. Especially if you have been instructed to reduce your staff and overheads. Especially if you have the press and MPs scrutinising your decisions for evidence of poor judgement. Combined with the inertia of precedent, these structural and process issues conspire to make real change very difficult. And when the alternative to taking the stairs is walking up the down escalator, most of us choose the stairs.

There is a bigger problem in all this though. Arguments about arts funding are mainly confined to the supply side of the arts economy, and pay little attention to the demand side. One area where change might really be possible is in community-based work. Twenty years ago, I worked on a programme in South East Europe called Living Heritage. It was initiated by the King Baudouin Foundation and it supported communities in rural areas and small towns, usually people with no resources of any kind, and often no formal or legal structure. Through the programme, community groups received grants to run the cultural activities that they chose. The grants were small, and were backed by advice, training and other support from local partners. The results were exceptional – among the best I’ve ever seen, and this is among the work I’m most proud of contributing to. It took a lot of time and care. Less than half the funds were spent on grants, but they went to people who really needed money and it did a lot of good in over 100 communities. In the years since then, I have raised this experience repeatedly with local government and national cultural bodies, including the Arts Council, but I’ve never persuaded anyone to test it seriously. Some Creative People and Places programmes have taken steps in this direction, but so far it’s a tiny part of the £100 million dedicated to that programme between 2013 and 2022.

(Since I wrote this, Graham Hitchen has been in touch to remind me about Arts 4 Everyone Express, a radical (and short-lived) trial along the lines suggested here – he’s written a fascinating post about it.)

The underlying problem, I think, is control. It affects not only the arts funding system, but all public funding. People responsible for spending want to retain control over the decisions they make and the results achieved. It’s understandable, because they are always accountable to someone – managers, trustees, politicians or the media. The people to whom the system is least accountable are the citizens who finance it, and we are all taxpayers—even a child buying sweets is paying 23% VAT to the government. A democracy needs more than occasional elections to build trust between citizens and those who make decisions on their behalf and – in principle – in their interest. The problems with the art funding system are real. There are many ways in which it could be fairer, more effective and less bureaucratic. But piecemeal change to cut the cake differently will not lead to real improvement. We need to ask where arts funding comes from and who it should benefit before thinking about the best ways to make better and fairer decisions.

Having written about how interested are arguments about arts funding, I should declare my own interests. I have sat on both sides of the table, as someone whose work was supported by grants and someone contributing to spending decisions, including eight years as a council member of Arts Council England. Neither position was comfortable, and the latter, in particular, taught me how difficult it can be to bring about change in a vast institution bound by law, precedent and relationships as well as the scrutiny of many stakeholders, not all of them wishing it well.  I wonder sometimes if it is even possible to get there from here, as it were, but I’m also sceptical of promises to redraw the terrain, having seen in the post-communist world how the same people end up on top after even radical change. At a personal level, I admit to being defeated by the challenges of arts funding. I think I know how it could be better but I have no idea how to bring about those changes except in the context of a profound realignment of social and political values. I’m not sure achieving that change would matter except in such a context. There are times when arts funding looks no better than a tutu on an ape.