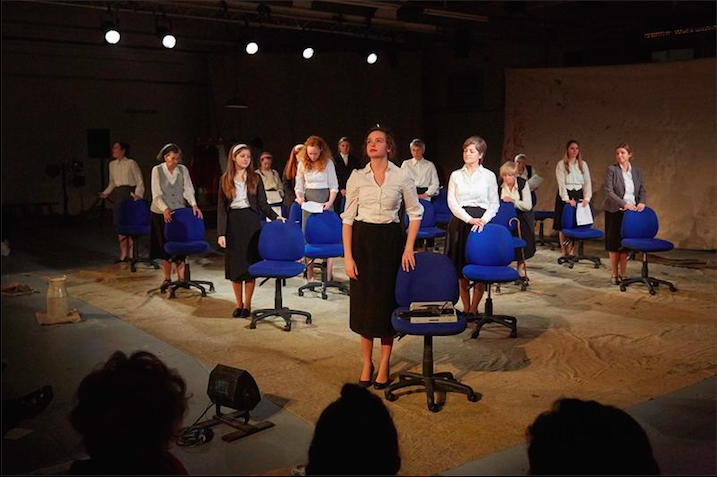 This week has been spent at arts conferences and training days in different parts of the country. Each was rich in ideas and shared experience. In Devon, North Yorkshire, London and Cardiff, I met many gifted, passionate and inspiring people. I came away with renewed confidence in the arts, despite the pressures they face with falling budgets and rising obligations – or perhaps because of the cheerful resilience with which they’re meeting those pressures.

I was also struck by how differently people used language to talk about their work. Each day included lively and constructive group discussions. In small groups, people spoke directly and had lots to say about art, the situations in which they worked and their ideas about how to make things better.

But in the more formal moments they seemed to fall back on the abstract jargon of public policy, as if it were somehow expected or the right way to address a group. When the subject was participation, that seemed especially jarring, since the people who were intended to benefit from the work under discussion would not have understood its language.

I remembered being a child on a rainy day, watching the blurry world from the other side of a pane of glass. I hear what’s being said; I understand the words; they just run down the window that separates me from the speaker.

On one of those days I met Shipra Ogra, a producer at London Bubble, who shared how the theatre has found in food a metaphor for its creative process. I had described the five stage project cycle about which I’ve written elsewhere. There’s nothing original about this in itself – the project cycle is consistent across many fields. All the difference lies in how it’s imagined and how that is expressed in language. My terms (which I’d been childishly pleased to get all starting with the letter C) are:

London Bubble’s terms, inspired by the fundamentally human activity of gathering, preparing and sharing food, are:

The basic metaphor and the concrete terms in which it is articulated are brilliant because they communicate so well what the company is doing when it creates theatre work with non-professional performers. You get an idea of what might be involved at each stage and, perhaps, you already feel drawn to contributing to the process.

There is a wider lesson here about artists and the arts world having the confidence to use their own language to talk about their work. It can seem that other languages – scientific, political, academic – carry more weight in today’s world, but if they do, it’s often only a crushing weight, the kind that stifles questions, discussion and interest.

I imagine the coming election campaign as being like the Western Front, with politicians laying down ever-more thunderous, expensive and ultimately pointless barrages of verbal artillery from Staff HQ – while the rest of us cower in dugouts praying for it to end.

Artists don’t need to play that game – indeed, it’s one of their great qualities to be able to disrupt dead thinking through their use of such resources as metaphor, symbols, ritual and language. As I write, arts organisations who have been awarded National Portfolio Funding – what does that phrase mean? – by Arts Council England are polishing the business plans on which that funding depends. They don’t have to be unreadable.