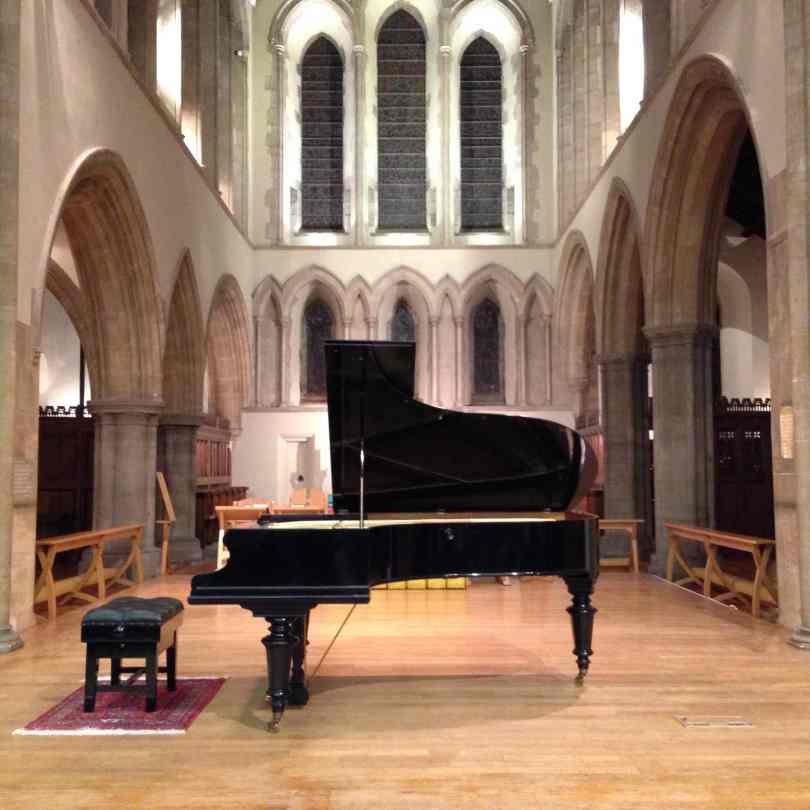 Last night’s piano recital in a Sheffield church highlighted once again the permeable boundaries between art and religion. The performance—which was captivating—was unobtrusively supported by small rituals designed to separate this experience from everyday life and so to help those present to focus their minds on what it offered.

Art uses many rituals, but they often draw on formality, designated space, stillness and silence, lighting and so on. Designed to create atmosphere, an intangible and unspoken difference, they are similar in form or effect to those deployed in churches, mosques and Buddhist temples.* All art practices use them, though how noticeable or familiar they are varies; we also respond to them differently according to our own ideas and experience.

Those familiar in classical concerts are most obviously close to religious rituals, perhaps because sacred music has been such an important tributary of the Western canon, but also, perhaps, because of the art form’s nature. The Christian church, like all religions, has valued art’s ability to communicate things that cannot be put into words and so it has been a great patron of artists, including many of the greatest composers.

The secular, sometimes anti-religious culture that currently dominates in Western Europe can be very uncomfortable with the religious character of much of its own artistic heritage. And yet, perhaps because it feels the void created by its own loss of faith, it makes a great fuss of art and culture as a carrier of non-materialist values. One way of squaring that circle is to disconnect sacred art from its original purpose, so that it is now more common to hear a Passion or a Requiem in a concert hall than a cathedral. What Bach would have made of it, no one can say.

Hugues de Varine, museum innovator and old friend, has written an excellent post about this disconnect, taking as an example the Last Judgement of Roger van der Weyden.

This was originally the altar piece of the chapel in the Hôtel-Dieu in Beaune, where the sick and dying were cared for in the 15th century. Its purpose was entirely spiritual, the key element in a performance ritual where prayer for the immortal soul was as important as the relief of transient physical suffering. 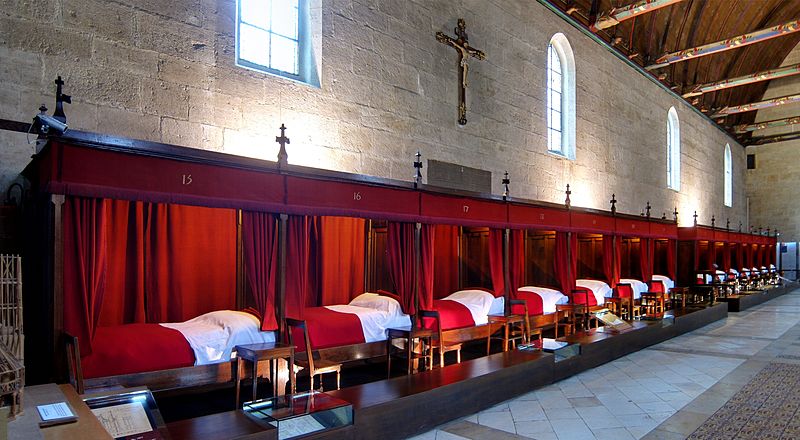 Six hundred years later, the painting itself seems unchanged, but everything about it is different. Still on the same site, it has been moved to a museum context, where it can be admired in all its extraordinary detail as an art object. For many visitors its religious significance is equivalent to a statue of Apollo. Indeed, it is may be that few visitors today can interpret the symbolism at all, without museological assistance.

What, then, is its meaning? What is its value or purpose? Answers below, please…

* They are also used in commercial spaces, from shops to resturants, but that is another story.