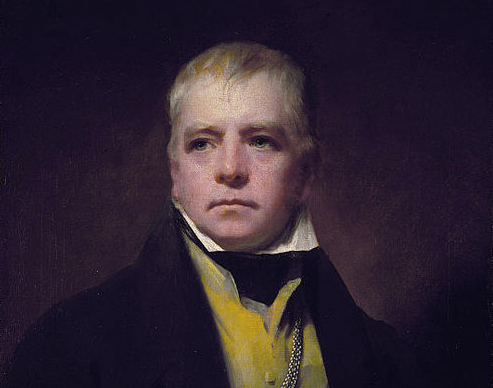 I was driving home through the Scottish Borders—like Debatable Lands everywhere, this lovely region is used to strangers—when I passed a sign to Abbotsford. I’d seen images of Sir Walter Scott‘s home that had given me the impression of a vast faux-baronial pile, filled with the historical paraphernalia one might associate with the creator of Scottish Romanticism. That culture, like Scott’s writing, had never held much appeal for me. But I like writer’s homes and I’d been told that the Abbotsford Trust had just opened a fine new visitor centre so, with time to spare, I turned off. 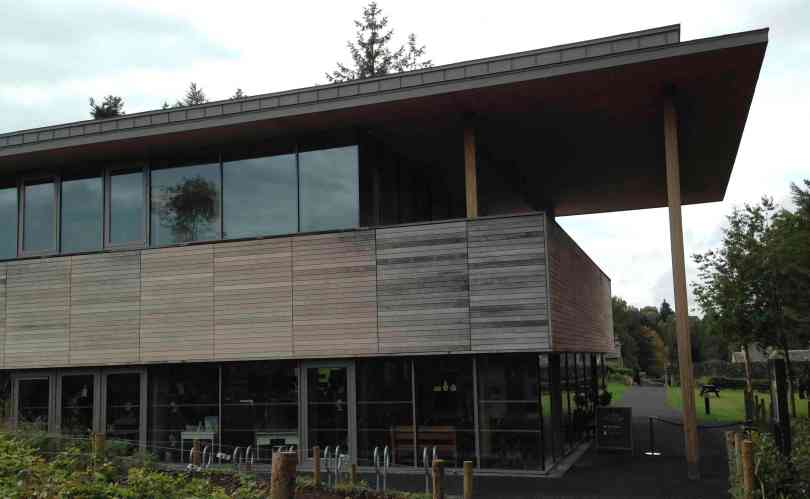 The visitor centre was all I’d been led to expect: well-designed in a contemporary idiom that seemed both to suit the site and to try to place Scott in today’s world. Indeed, at the entrance to the museum that occupies much of the ground floor, there’s an amusing virtual debate about Scott’s merits, problems and legacy as a writer. Beyond it was a rich and well-conceived display of artefacts that described the author’s life and work in the context of Scottish history at the end of the 18th and the beginning of the 19th centuries.

Happily, this new building does not upstage the house itself. Now relieved of the need to tell its owner’s story, Scott’s home feels intimate and surprisingly moving. On a sunny-rainy midweek October morning, once a coach party had left, we were just a handful of visitors. And the house Scott built was far from grandiose: no more than a prosperous Edinburgh advocate might have put up. There were swords, claymores and stuffed animals in the entrance hall and an anteroom, but the dining room, library and Scotts’ own study were such that any rising middle class family of the day might have aspired to—albeit with more books. 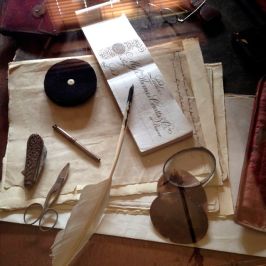 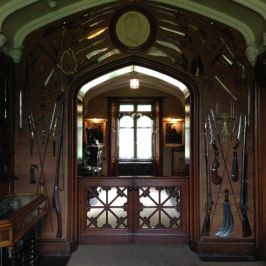 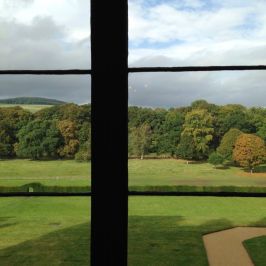 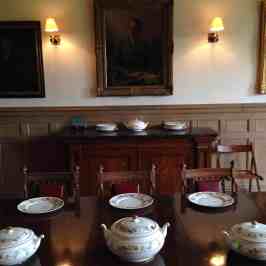 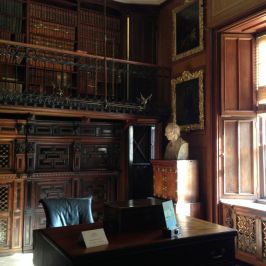 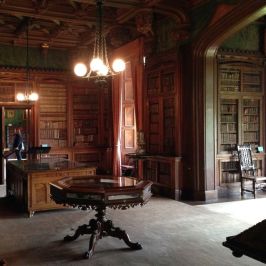 It was in that dining room, 201 years ago almost to the day, that Scott died, the most celebrated and certainly the most popular writer in all Europe. In a handful of epic poems and a series of historical novels he had not only recast Scotland’s image and imagination, he had established a literary market from which other writers would benefit immensely. His influence on artists, philosophers, politicians and princes was immense during his lifetime and for many decades afterwards. In any reckoning of the most influential writers in European history, Scott ranks alongside the likes Shakespeare, Goethe and Cervantes.

So why is he so little read today?

Even after spending time at Abbotsford and developing a respect and affection for Scott’s spirit, I don’t find myself wanting to pick up Rob Roy or Ivanhoe.  Those claymores leave a bad taste. And that’s the problem, really. The sanitised but perfectly real weapons, the medievalising decoration, the romantic nationalism—they’re hard to like or even to understand today. Scott’s novels seem trapped in their time, as those of his contemporary, Jane Austen—about whom he wrote an appreciative and influential essay—are not, although her world is superficially so much more constrained.

Ezra Pound writes somewhere of art that is of its time, and therefore powerfully resonant and popular, and art that gives to its time, and so may not be truly valued until much later. Insofar as that is a defensible analysis, Walter Scott’s writing  seems to belong to the first group. But it’s a sobering example. How many of today’s wildly celebrated writers and artists will look, in years to come, obsessed with ideas and forms that have no more resonance for humanity?