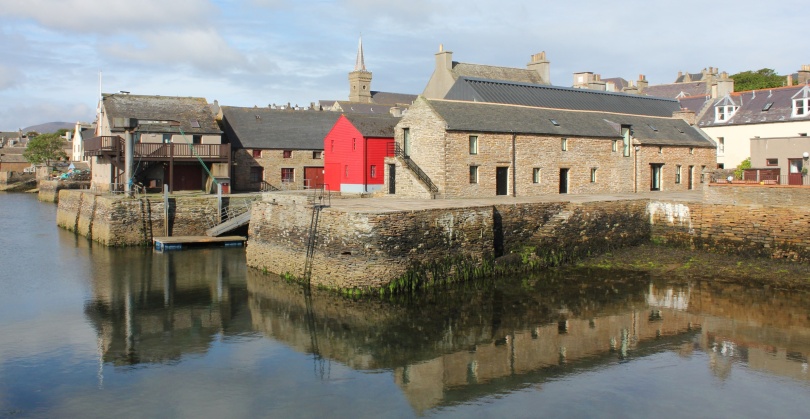 Download the report Stories and Fables – Culture in Orkney 2012

Orkney is an archipelago set in the wild seas of the north of Scotland. It has some of the oldest traces of human habitation in Europe. Today, it’s home to about 20,000 people and a cultural life of exceptional variety and richness.

In 2011, I was commissioned by Highlands and Islands Enterprise (HIE) to look at why this small and relatively isolated community had been so successful in cultural development. Unusually, the brief was to look back over the space of a generation and so explore the foundations of today’s success. But of course, as you go back you realise that each generation builds on its predecessors, perhaps all the way to the people who built the Ring of Brodgar and Maes Howe.

The report is launched today, and can be downloaded from the HIE website, or directly at the end of this post. It’s called ‘Stories and Fables’ with a tip of the hat to Edwin Muir, whose classic autobiography contains an evocative portrait of his Victorian childhood in the little island of Wyre.

The report approaches Orkney’s cultural development from both perspectives – first what GMB calls ‘the facts of our history’ and then ‘the vision by which people live’. Both are true, but their truths are of different kinds. The full narrative requires both and also the interplay between them: the influence of vision on fact, of belief on history, of feeling on reason.

‘This whole feeling of the place being part of a legend – something that is alive in people’s minds, is part of a great continuum and ritualises the everyday life of the islands.’

The study was commissioned to identify whether there are lessons that might be relevant to other areas where comparable conditions exist. The report suggests that, while Orkney’s culture is inescapably the result of its own conditions, some broad principles can be inferred from its success.

‘My enthusiasm for Orkney has emerged only gradually after my return. I was like many young Orcadians, in that I could not wait to leave here and return only for visits. My slightly anti feelings and critical views have changed over the years into a serious affection for what this community has to offer.’

The report featured on the latest edition of Tullimentan, BBC Radio Orkney’s monthly show about the arts in the county. The programme is worth listening to for the glimpse it gives of the richness of the islands’ culture, which includes an interview with songwriter Lise Sinclair, a discussion at the Pier’s Sylvia Wishart exhibition now at the Royal Scottish Academy in Edinburgh, a preview of the Papay Gyro Nights festival and a visit to Orkney’s first dedicated dance studio, among other items.

Download the report Stories and Fables – Culture in Orkney 2012